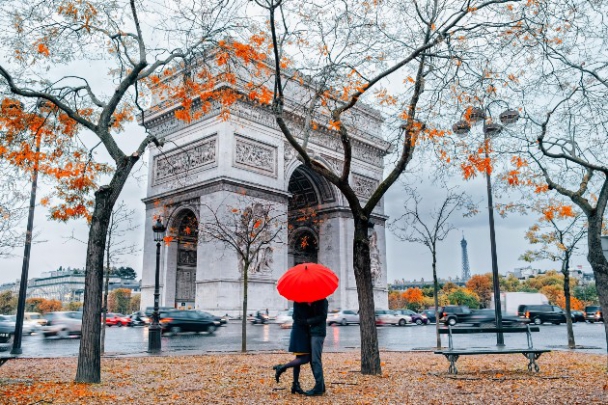 In recent months, Paris, along with the rest of the world, has faced a health crisis that has had an enormous impact on the tourism industry. The whole sector has demonstrated its resilience and proven, week after week, its ability to reinvent itself and adapt in order to offer visitors to the capital truly unique experiences that comply with the current health and safety measures. To shine the spotlight on Paris’s tourism professionals, the Paris Tourist Office releases a press kit every month that includes the latest openings, new attractions and exclusive interviews. This month, November 2020, we focus on initiatives launched for the lockdown.

This press kit is an opportunity to highlight initiatives in the French capital being taken to ensure the Parisian way of life continues despite the lockdown announced due to the current health situation. As they did in March, Paris's tourism professionals have worked hard to find ways to continue to provide their know-how and services for both their regular customers and visitors. Everybody has had to adapt, including restaurants, hotels and cultural venues.

The best of Parisian gastronomy in your home

Restaurants have once again reinvented themselves to remain open and allow the city's residents to fully enjoy Parisian gastronomy. Customers can place orders in many of the city's restaurants and either pick them up at the restaurant or have them delivered. The first lockdown in March saw Michelin-starred chefs join in the adventure. Click-and-collect services are now available for Parisians to enjoy gastronomic dishes prepared by the likes of Yannick Franques, chef at La Tour d’Argent, and Stéphanie Le Quellec, two-Michelin-starred chef, as well as the famous pastries at Philippe Conticini's three establishments, for example. Parisian brasseries are also getting involved, such as Brasserie Rosie, which has already firmly established itself since its opening at the beginning of the year.

"Without its restaurants and its gastronomy, Paris would not be Paris. It is important to support them as best we can during these difficult times. We stand by them and encourage the city's residents to patronize their favourite establishments, and discover new places, to help keep their businesses going," Corinne Menegaux, General Manager of the Paris Convention and Visitors Bureau.

Cultural venues are providing virtual visits to enable local residents and visitors to enjoy current exhibitions. They include the Palais de Tokyo with 'Antibodies', as well as the Centre Pompidou with 'Joan Miró', the Jacquemart-André museum with 'Turner, Paintings and watercolours from the Tate' and the Maison de Victor Hugo museum with 'L’ombre et la Lumière' (Shadow and Light). Many of Paris's monuments are also accessible with virtual visits, including the Grand Palais, which has been a symbol of architectural innovation in Paris since 1900, and the Opéra Garnier, which is offering privileged access to its rooftops for visitors. For several of the French capital's entertainment venues, the show goes on. The Crazy Horse, for example, is putting on live mini-shows via Instagram every evening at 7 pm. Elsewhere, the Explore Paris platform continues to offer virtual visits.

With its 500 parks, squares and gardens, Paris offers spaces to breathe for its visitors and residents, who are allowed to go outdoors within a one-kilometre radius around their homes. The month of November is a chance to rediscover them in the colours of autumn. The most well-known include the Jardin du Luxembourg, Parc de la Villette and Les Buttes-Chaumont. And why not try the neighbourhood walks launched by the Paris Convention and Visitors Bureau? You can, for example, explore the east of the 11th arrondissement, the 14th arrondissement and Parisian villages such as La Butte aux Cailles. Launched last year to promote some of the more seldom-visited parts of the city, these walks are now an opportunity for Parisians to take a stroll through their neighbourhood and discover little-known places on their doorstep.

Throughout November, Paris je t'aime is launching various actions on social networks to promote the French capital and the people who make it what it is. The aim is to continue to build the city's image among its residents and on the international stage. The Paris Convention and Visitors Bureau's indicators show that tourists want to visit Paris as soon as the health situation permits. Remaining in touch is vitally important for the city's attractiveness. Thanks to #parisfrommywindow, residents can share photos taken from their windows. A selection will be reposted every day. Several events will be happening on Instagram, such as the sharing of Parisian recipes in partnership with Cook'n With Class. Live events will also be broadcast from the kitchens of Parisian venues. For Paris's residents, there is a special article on the website parisinfo.com that recommends places providing home delivery and click-and-collect services. Also not to be missed: an Instagrammer will be taking up the reins of the Paris je t’aime account to offer a visit of Paris within a one-kilometre radius around their home. 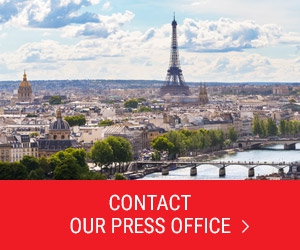